Find of the Day Toyota 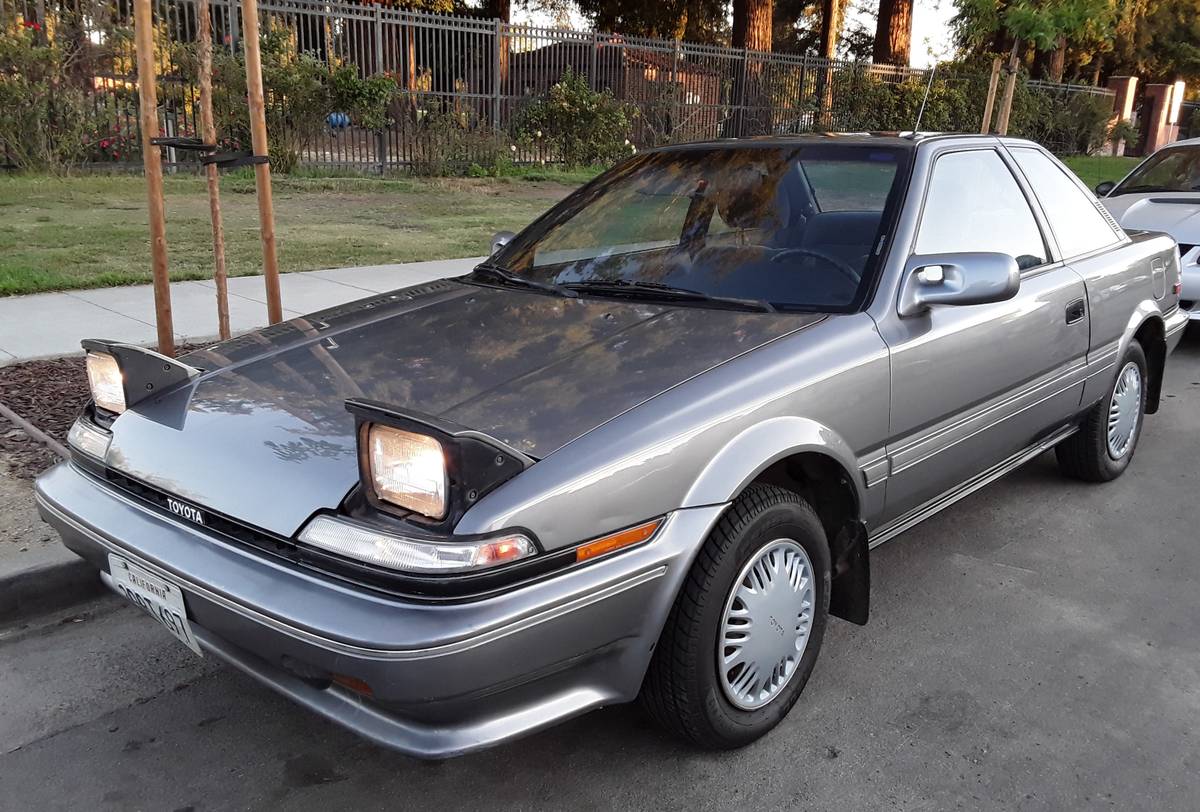 For October 15, 2020, our used car find is this remarkably well-preserved 1990 Toyota Corolla SR5 Sport coupe with just two owners and 112k miles from new. It’s listed for sale on craigslist by a private seller in the San Jose area for $4700.

The sixth generation Corolla debuted for the 1988 model year in the US, moving Toyota’s subcompact into the modern era with a front-drive platform, improved aerodynamics, and more powerful and fuel efficient engines. Though the Corolla was still one of the least expensive cars you could buy, the changes helped to move it out “cheap” territory. In its road test at the time, Car and Driver quipped that the new version was now “less painful than you probably imagine.”

Least painful of all was the distinctive Corolla GT-S coupe (chassis code AE92), a slick 1980s wedge with pop-up headlights and a high-revving, twin-cam four cylinder, the same engine from MR2 and AE86 fame. While an AE92 GT-S might not be as desirable as either of those two models, nice ones are still prized — and quite rare — today.

This AE92 example is in lesser SR5 trim, which means none of the GT-S’s flashy aero add-ons and graphics. It also means a somewhat less powerful version of Toyota’s 4A engine, making 102 hp compared to 130 hp in the GT-S. And this car is saddled with an automatic transmission, an unfortunate choice when a 5-speed manual was standard equipment.

But that’s about all we have for critiques. Everything else about this car looks terrific — especially its basically untouched original condition, which is pure 1980s time capsule. With just two Bay Area owners from new and an accident-free history, it’s clearly lived a pampered life. Despite 112k miles, the condition looks more like a car that first rolled off the lot just a few years ago, not three decades. Even the handsome tweed cloth seats show like new. The seller also reports a ton of recent maintenance and upkeep, including new tires, a new starter, and a new radiator.

It’s hard to price time capsule cars like this because there are so few in similar condition. The seller’s $4700 ask may seem high for an ancient Corolla, but we think it’s in the right ballpark. This car may have been one of the cheapest you could buy when it was new 30 years ago. However, one so well kept after all that time should command something of a premium.