Find of the Day Isuzu For October 5, 2021, our used car find is this well-kept and unusual 2000 Isuzu VehiCROSS compact four-wheel-drive SUV with 108k miles. It’s offered on Craigslist by a private seller in the Sedona area for $14,500 or best offer.

Based on a popular 1993 concept vehicle, the Isuzu VehiCROSS entered production in Japan in 1997 and arrived on US shores two years later. The production version closely resembled the funky concept — its distinctive curves, short overhangs, and huge wheels giving it a cartoonish appeal.

And it wasn’t just a styling exercise. Isuzu built the VehiCROSS on the existing Trooper platform, complete with its body-on-frame construction and torquey V6 engine, and added an innovative Torque on Demand 4×4 drivetrain that sends power to the rear wheels until traction is needed in front. The setup made the VehiCROSS a surprisingly capable off-roader.

Reviews were mixed back when the VehiCROSS was new. Some balked at its wacky look; others loved it. In their write-up at the time, Edmunds joked that it was “the closest thing to a moon buggy.”

These days, the VehiCROSS’s odd charm, as well as its limited production numbers (just 4153 examples made it to America), help it to garner more favorable takes. Hagerty recently profiled the model, concluding that it’s “the 90s SUV that deserves more love.”

This 2000 Isuzu VehiCROSS is a VERY rare vehicle. While in total, only 4153 VehiCrosses were made over ALL production years 1999-2001, with a total global production well under 6000. In THIS color, the Kaiser Silver Metallic exterior with black and gray interior, there were only 135 of them ever made.

It comes equipped with the on-demand, 4WD system co-developed by Borg-Warner, which defaulted to rear-drive, engaging the front axle as needed for grip…with 12 independent sensors for detecting wheel spin and capable of redirecting power to the wheels with the most traction. The VehiCROSS has a high level of traction on wet and icy roads. It also has a high level of performance for its height. While possessing on-road nimbleness, its body-on-frame truck construction, suspension and 4WD gearing make it very capable off-road. Motor Trend featured the VehiCROSS on its May 1999 cover, and included it in its “Top 10 Sport Utilities” for Most Unique Styling. It is very reliable with 5.0 ratings for reliability, value and performance, with near perfect overall scoring from owners. The VehiCROSS has the torque split display in the instrument panel which relays the instantaneous readings. 215 hp at 5400 rpm, 230 lb-ft of torque. Black interior with leather Recaro seats, seats 5, side opening back cargo door, enclosed rear tire carrier and black lower body cladding are standard for this rarity.

Available to be seen Monday/Tuesday.

There’s not much to find fault with in the listing. We’d prefer one in an even more outlandish color, such as the available Proton Yellow or Dragon Green Mica. But with such low production volumes, VehiCROSS buyers can’t be overly picky. It’s probably best to nab the cleanest one you find regardless of hue.

Probably the biggest issue with this particular car is the price. The $14,500 ask is understandable given the rarity of the model. However, with a recent 10k-mile example bringing not much more than that on Bring a Trailer, it’s probably a bit too steep, even for this rugged little 4×4.

Here’s a link to the listing on Craigslist 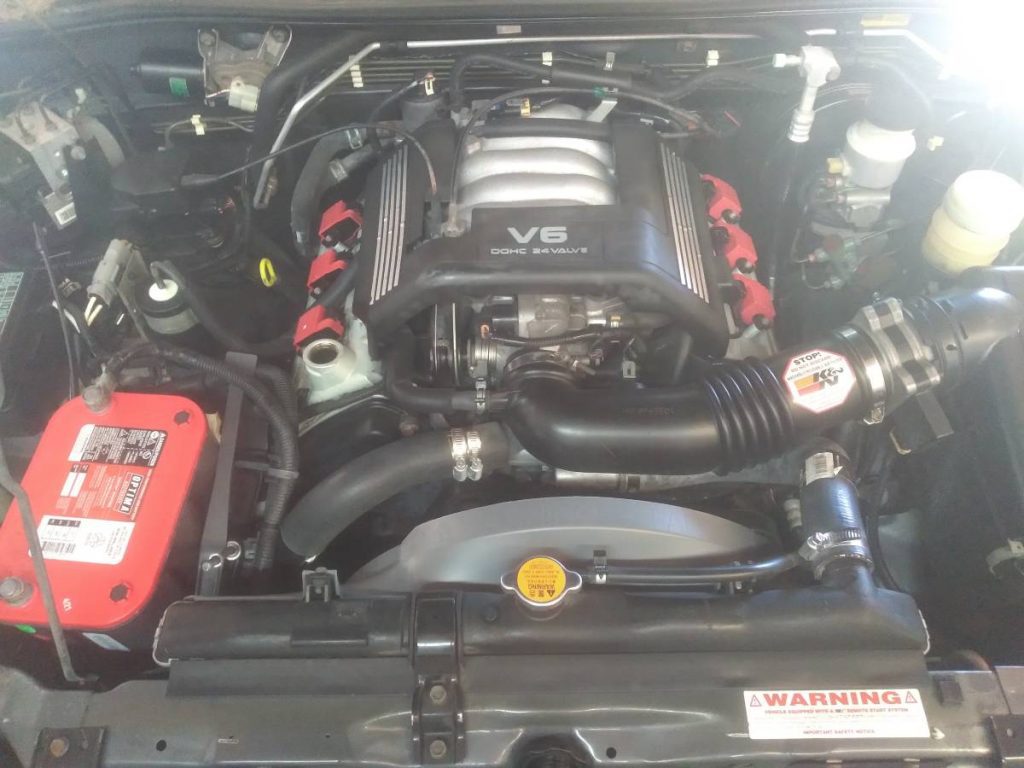