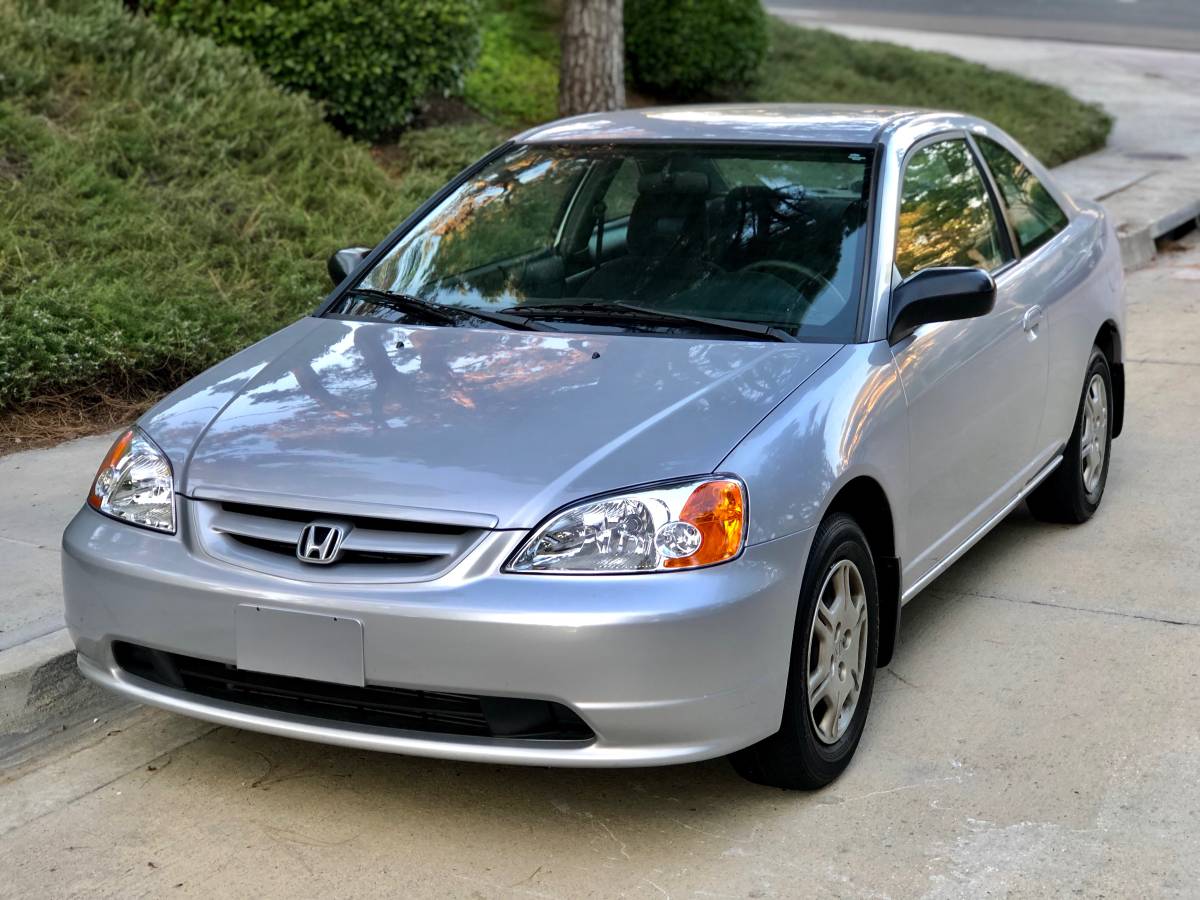 For September 20, 2020, our used car find is this absurdly low-mile 2003 Honda Civic LX coupe with a 5-speed manual gearbox. It’s listed for sale on craigslist by a private seller in the San Diego area for $8200.

The seventh generation Honda Civic debuted for the 2001 model year (in the US). With all new sheetmetal — somewhat reminiscent of the Mercedes-Benz CL of the era — it was slightly larger on this inside, bumping up to Compact from Subcompact class, thanks mainly to a longer wheelbase (overall length remained roughly the same). The interior appointments were also a bit more refined, while retaining the typical Honda focus on simplicity and functionality.

The new Civic was also more powerful, with a 9 hp jump to 115 horses, coming from the SOHC 1.7 liter four cylinder under the hood, one of the last Honda engines produced without variable valve timing technology (aka VTEC). Thankfully here it’s matched with the excellent 5-speed manual gearbox, which ups the fun factor significantly and is good for 0-60 runs in the 9 second range.

In its road test at the time, MotorTrend concluded, “Honda’s taken a stellar product, tweaked, fiddled, tucked, and whittled to create a fresh look and assuredly another class winner.” This particular example isn’t the most desirable trim or spec, though as an LX it does at least benefit from basic creature comforts like air conditioning and power windows (missing on the lesser DX). Instead, what makes this car remarkable are its incredibly low miles — just 11k! — and its resulting like-new appearance inside and out.

In short, this one’s a great, all-original example of a Honda from a time when “We make it simple” was still the main idea. We’re not entirely sure that makes it worth the full $8200 ask — which is about half the the original sticker price. Still, for a real Honda fan, that’s probably in the right neighborhood.

And what a lovely neighborhood it is.